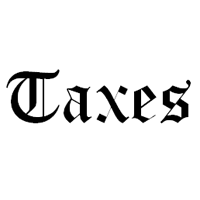 The Importance Of Taxes

Governments impose charges on their citizens and businesses as a means of raising revenue, which is then used to meet their budgetary demands. This includes financing government and public projects as well as making the business environment in the country conducive for economic growth.

Importance of Taxes in Society

Without taxes, governments would be unable to meet the demands of their societies. Taxes are crucial because governments collect this money and use it to finance social projects.
Some of these projects include:

Without taxes, government contributions to the health sector would be impossible. Taxes go to funding health services such as social healthcare, medical research, social security, etc.

Education could be one of the most deserving recipients of tax money. Governments put a lot of importance in development of human capital and education is central in this development. Money from taxes is channeled to funding, furnishing, and maintaining the public education system.

Governance is a crucial component in the smooth running of country affairs. Poor governance would have far reaching ramifications on the entire country with a heavy toll on its economic growth. Good governance ensures that the money collected is utilized in a manner that benefits citizens of the country. This money also goes to pay public servants, police officers, members of parliaments, the postal system, and others. Indeed, with a proper and functioning form of government, there will be no effective protection of public interest.

Apart from social projects, governments also use money collected from taxes to fund sectors that are crucial for the wellbeing of their citizens such as security, scientific research, environmental protection, etc.

Some of the money is also channeled to fund projects such as pensions, unemployment benefits, childcare, etc. Without taxes it would be impossible for governments to raise money to fund these types of projects.

Furthermore, taxes can affect the state of economic growth of a country. Taxes generally contribute to the gross domestic product (GDP) of a country. Because of this contribution, taxes help spur economic growth which in turn has a ripple effect on the country’s economy; raising the standard of living, increasing job creation, etc.

Governments also use taxes as a deterrent for undesirable activities such as the consumption of liquor, tobacco smoking, etc. To achieve this, governments impose high excise levies on these products and as a result, raise the cost of these products to discourage people from buying or selling them.

Importance of Tax to Businesses

The concept of taxation is also important to businesses because governments can fund this money back into the economy in the form of loans or other funding forms.

Taxes help raise the standard of living in a country. The higher the standard of living, the stronger and higher the level of consumption most likely is. Businesses flourish when there is a market for their product and services. With a higher standard of living, businesses would be assured of a higher domestic consumption as well. Taxes are essential and every citizen is meant to reap benefits of these taxes. This is why it is important that citizens endeavor to pay taxes and understand that it is meant to be more than just a “money grab” from the government.